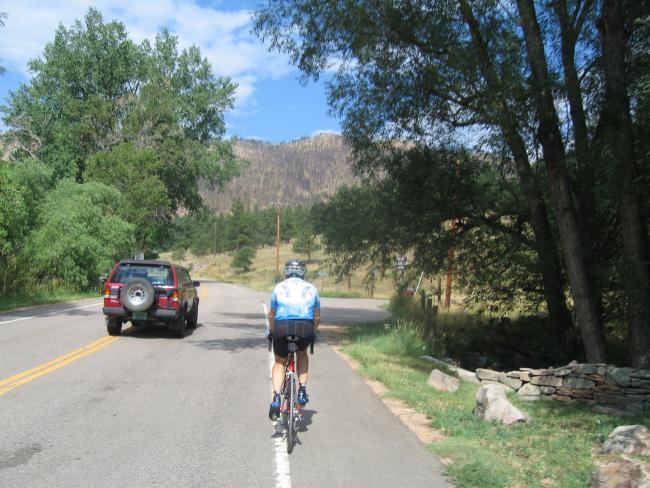 Dan at the Bottom of Lefthand Canyon Road

The ride up Lefthand Canyon Road was written up in ProCycling, a British cycling Magazine around 2002.  ProCycling has a monthly column featuring a ride somewhere in the world.  I always wanted to do the ride, so it became part of our warmup for the UpnUp tour.  A former girlfriend who rode up here, said it was over-rated.  John, a friend from Chicago, who did the ride a month earlier suggested going down St Vrain Creek Rd instead of the road into Boulder because of traffic.